According to recent data, the number of struggling businesses entering into Company Voluntary Arrangements (CVAs) with creditors has fallen by 47%. And the reason behind this is the tightened rules by the authorities for the way of recovering debts.

But, before we learn more about HMRC’s this new move, let’s give you details about CVAs.

What is a Company Voluntary Arrangement (CVA)?

A Company Voluntary Agreement (CVA) is a process for insolvency, allowing a firm to pay creditors over a fixed length of time.

This allows debtors and creditors to negotiate the terms of a CVA Agreement. That needs the formal endorsement of 75% of creditors who cast votes on the plan. Besides, government-approved CVAs are an alternative to liquidation.

Creditors consent to refrain from taking legal action against the company once a CVA is in place. Moreover, they put their will to accept that they will only pay a percentage of their debt with that percentage paid over an agreed-upon, sometimes protracted period of time. This is, basically, a part of the proposal and any negotiations.

In short, a CVA can seem like the perfect solution for a struggling company. However, it might have significant negatives. Therefore, it is important to discover whether enough creditors will accept as early as possible. Besides, you should have a clear strategy and plan.

Why use a CVA?

Who can receive a CVA?

An organization can be eligible for a Company Voluntary Arrangement if:

How do CVAs work?

Usually, after you approach an insolvency practitioner, they would start creating the plan. Then they will draft a written proposal after acquiring the relevant data on the business’s activities. A statement of affairs document contains this information.

Then, the IP will write to creditors and invite them to vote at a creditors’ meeting after the directors have examined the proposal.

One can use a Moratorium to provide the company with “breathing space.” It prohibits suppliers and other creditors from taking any further action against the company during the negotiation of the proposal. The requirements for the application are as follows:

The creditors have the chance to express any worries about the proposal’s feasibility at the meeting. They can vote either in person at the meeting or by proxy (email or post). Moreover, directors are not required to show up at the creditors’ meeting;

The CVA gets approval if at least 75% of the creditors accept it (measured by the value of the debt).

Then, a second meeting will also take place for the linked creditors. For example, directors or employees. Additionally, for the plan to get acceptance, at least 50% of the related creditors (measured by the value of the debt) must concur.

#4. Report From An Insolvency Practitioner

After the CVA’s approval and the appointment of the Insolvency Practitioner as the Supervisor or Nominee, the court and the creditors will receive a report outlining the details of the meetings held.

Once the successful voting from the meeting of creditors has occurred, the CVA then starts. As a result, your business will thereafter make regular payments to creditors through the insolvency practitioner as part of the agreement. The agreement safeguards the company as long as all planned payments are fulfilled. Moreover, it is conceivable that the business will face pressure into liquidation if it misses a payment. So, now that you know well about CVAs, let’s see what has caused them to fall.

According to data analyzed by tax and advice firm Mazars, the number of CVAs has decreased to just 110 in the past 12 months from 206 in the previous year.

The agreements have helped keep jobs alive. Moreover, they have provided a liferaft to sinking businesses. However, Mazars warned that a change to the law governing HMRC’s obligations in 2020 has made CVA a more challenging alternative for businesses. Besides, it can increase the number of companies declaring bankruptcy.

According to Rebecca Dacre, Partner at Mazars, “It is logical for HMRC to be a preferred creditor with a view to recovering money owed to the taxpayer.”

It makes sense that HMRC would choose to be the first creditor in line for money owing to the taxpayer. However, we must acknowledge that this has the unintended consequence of encouraging fewer businesses to establish a CVA.

Fewer insolvency options will be available to directors as a result of the shift. Moreover, this will “ultimately” result in more administrations and inferior returns for other creditors. 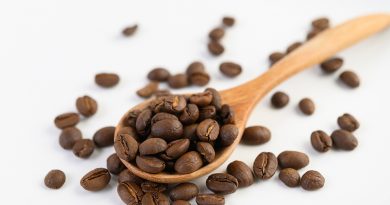 Should You Choose Caffeine Pills To Save On Your Regular Coffee? 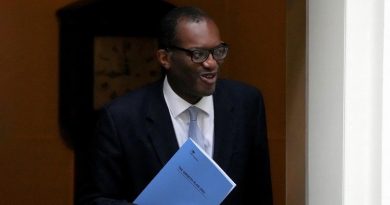